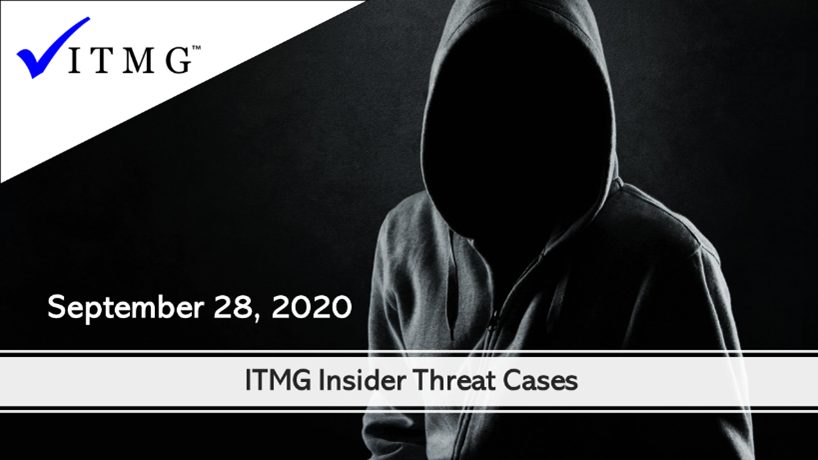 Shopify said late on Tuesday that two members of its support team were engaged in a scheme to obtain customer transactional records of merchants. “We immediately terminated these individuals’ access to our Shopify network and referred the incident to law enforcement. We are currently working with the FBI and other international agencies in their investigation of these criminal acts. While we do not have evidence of the data being utilized, we are in the early stages of the investigation and will be updating affected merchants as relevant,” said Shopify, which said that less than 200 merchants were impacted. The data includes basic contact information, such as email, name, and address, as well as order details, like products and services purchased, but not financial information such as credit-card information.

A Maryland man was sentenced by U.S. District Judge Catherine C. Blake today to 12 months and one day in federal prison, followed by three years of supervised release, for illegally accessing and damaging the computer network of his former employer.  Judge Blake also entered an order requiring Stafford to pay restitution in the amount of $193,258.10 to his former employer. Witnesses testified that in 2014, Stafford was promoted to the managerial role of technical site lead for the Washington office.  In March 2015, Stafford was demoted back to an IT support role, due to performance issues in his management position.  Stafford’s performance issues continued and he was fired on Aug. 6, 2015.  Stafford did not return the laptop he was previously provided by Business A. The evidence proved that on the evening of Aug. 6, 2015, Stafford repeatedly attempted to remotely access Business A’s computer networks from his residence, using the company laptop.  Stafford unsuccessfully attempted to access the company’s network approximately 10 times, using his own credentials and the credentials of a former co-worker, whom he had previously assisted.  In the early morning hours of Aug. 8, 2015, Stafford successfully used the co-worker’s credentials and the company laptop to access, without authorization, the computer in the Washington office that had been located under his desk.  Stafford used the Washington IT computer to execute demands to delete all of the file storage drives used by the Washington office, then changed the password to access the storage management system.  The deletion of the files caused a severe disruption to the company’s operations and the loss of some customer and user data.  Changing the password hindered the company’s efforts to determine what happened and restore access to its remaining files.    As a result of the deletion of the network file storage drives, Washington users were unable to access their stored files for approximately three days, until the data could be restored from backups.  Customer and user data that was not included in the most recent backup prior to Stafford’s deletion of the files was permanently lost.

Espionage Cases Point to Chinese Infiltration of FBI and CIA

Chinese intelligence agencies appear to have repeatedly penetrated their U.S. counterparts in the past 20 years, and the spying has led to federal prosecutions and lengthy prison terms for American who were involved. Officials from the Justice and State departments and the FBI have warned with increasing alarm about China’s espionage capabilities—more recently focusing on its use of researchers and academics to steal proprietary technologies and other information. Espionage and counterintelligence have been staples of statecraft for centuries. While China hasn’t turned away from traditional spycraft, it increasingly relies on scientists and other nontraditional spies, to sweep up secrets. A handful of federal prosecutions involving U.S. intelligence employees in the past two decades shed light on Beijing’s capabilities, said former intelligence officials, who consider China to be on par with Russia as the America’s top espionage threat. “What I’ve seen, in terms of the methods that they’re employing, it’s really no different than the things we’ve seen out of the Russians,” said Tracy Walder, a former CIA officer and FBI special agent.

An NYPD cop charged with spying on Tibetan independence supporters for the Chinese government was arrested and appeared before U.S. Magistrate Judge Roanne L. Mann in Brooklyn Federal Court on Monday, but the Chinese government on Tuesday retorted that the charges are “a pure fabrication.” Baimadajie Angwang, who is also a U.S. Army reservist, is himself a naturalized citizen from Tibet. He was charged with acting as an illegal agent of the People’s Republic of China as well as committing wire fraud, making false statements and obstructing an official proceeding, according to the U.S. Attorney’s Office of the Eastern District in Brooklyn. Angwang, according to the charges, is assigned to the NYPD’s Community Affairs Unit, where he serves as a liaison to the 111th Precinct in Eastern Queens. Allegedly, Angwang reported on the activities of Chinese citizens in the New York Metro area, assessed potential intelligence sources within the Tibetan community, and provided People’s Republic of China officials with access to senior NYPD officials through invitations to official events.

Audrey Strauss, the Acting United States Attorney for the Southern District of New York, and Brian C. Rabbitt, Acting Assistant Attorney General of the Criminal Division of the U.S. Department of Justice, announced today that RICHARD GAFFEY, a/k/a “Dick Gaffey,” was sentenced in Manhattan federal court to 39 months in prison for wire fraud, tax fraud, money laundering, aggravated identity theft, and other charges.  GAFFEY, a resident of Massachusetts, was charged along with Harald Joachim von der Goltz, Ramses Owens, and Dirk Brauer in connection with a decades-long criminal scheme perpetrated by Mossack Fonseca & Co. (“Mossack Fonseca”), a Panama-based global law firm, and its related entities.  GAFFEY previously pled guilty to the charges, and was sentenced today by U.S. District Judge Richard M. Berman. Acting U.S. Attorney Audrey Strauss said:  “Richard Gaffey was a tax accountant who specialized in sheltering his clients’ assets and income, aiding and abetting their evasion of their U.S. tax obligations.  Now, after nearly two decades of felonious hide-and-seek, Gaffey has been sentenced to prison for his crimes.”

In December 2019, Bacon plead guilty to wire fraud, healthcare fraud, and using another person’s identity to commit federal and state offenses, including practicing a profession without a license.  Bacon was sentenced to 51 months, followed by three years of supervised release. Bacon, a convicted felon, began working in East Tennessee as a registered nurse sometime before September 2012, even though she had no nursing degree, held no nursing license from the Tennessee Department of Health, and had no legitimate nursing experience.  To accomplish her fraud, Bacon obtained the license numbers of real nurses with similar first names.  Bacon then created phony aliases and used the real nurses’ license numbers to pose as an actual nurse and apply for nursing employment.  In the process of submitting applications, Bacon falsely claimed that she held nursing degrees from Walters State College and Carson Newman University.  Through her scheme, Bacon obtained employment with at least eight (8) healthcare providers between September 2012 and November 2018.  During the six-year period, she worked in a variety of nursing settings, to include nursing homes, rehabilitation and assisted living facilities, a doctor’s office, and home health agencies.

Categories: Insider Threat Cases | Tags: case studies, Insider Risk Management, and itmg
This entry was posted on Monday, September 28th, 2020 at 10:42 am. Both comments and pings are currently closed.