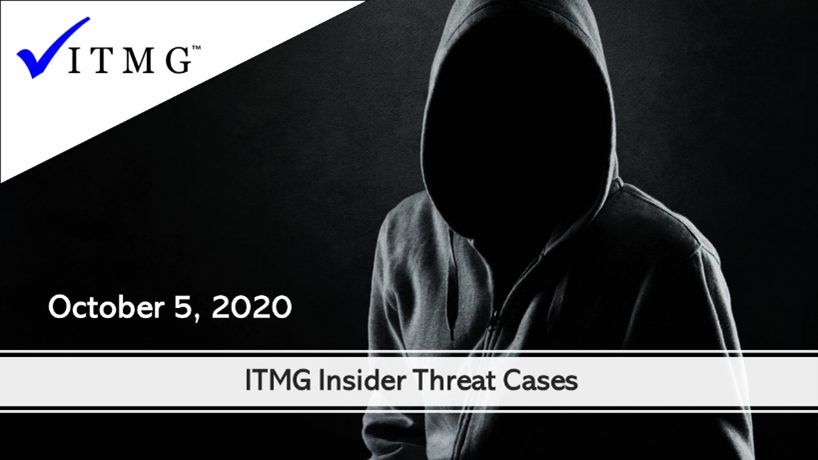 Audrey Strauss, the Acting United States Attorney for the Southern District of New York, announced that RICHARD LIRIANO was sentenced yesterday to 30 months in prison for engaging in a scheme to use malicious software programs, including a program known as a “keylogger,” on dozens of his coworkers’ computers at a New York City-area hospital, secretly obtaining user names and passwords to his victims’ personal email and other accounts, and using that unauthorized access to steal private and confidential files.  Using his victims’ stolen credentials, LIRIANO repeatedly compromised their password-protected online accounts, and accessed their sensitive personal photographs, videos, and other private documents.  LIRIANO’s sentence was imposed by United States District Judge Lewis A. Kaplan. Acting U.S. Attorney Audrey Strauss said:  “For approximately five years, Richard Liriano used his computer skills and abused the trust placed in him as an information technology professional at a New York hospital to spy on his coworkers and steal personal information from them.  Liriano’s disturbing crimes not only grossly violated the privacy of his coworkers but jeopardized the integrity of computers housing vital healthcare and patient information, costing his former employer hundreds of thousands of dollars to remediate.  He will now be held accountable.”

A former yacht company employee is accused of “industrial espionage” for stealing business records, authorities said. Cameron O’Connell, 27, of Prince Street in Bordentown City was charged with stealing proprietary intellectual property, Burlington County Prosecutor Scott Coffina and New Jersey State Police Commander Patrick J. Callahan said. O’Connell’s former employer is Viking Yacht Company, a luxury boat manufacturer in Bass River Township, they said. He was charged with computer crime and two counts of unlawful possession of a weapon, they said. The weapons charges are unrelated to the computer crime, and were filed after two handguns were found during the execution of a search warrant by New Jersey State Police on Sept. 22 at O’Connell’s residence, according to Coffina. O’Connell, who was taken into custody at that time, was released following an initial appearance in Superior Court in Mount Holly, Coffina said.

A former manager in Amazon’s tax department and two family members have been charged with making insider trades in advance of the company’s earnings announcements. The U.S. Securities and Exchange Commission said Laksha Bohra passed on highly confidential information she obtained through her work at Amazon to her husband, Viky Bohra, who, with his father, Gotham Bohra, traded on the information in 11 separate brokerage accounts. The insider trading scheme spanned every Amazon earnings announcement between January 2016 and July 2018, generating about $1.4 million in illicit profits, the SEC alleged Monday in a civil complaint.

BOSTON – A naturalized U.S. citizen living in Lexington, his wife, and a company they established were charged today in a 24-count superseding indictment in connection with the theft of hundreds of files containing proprietary information from Analog Devices, Inc. (ADI), a worldwide semiconductor company headquartered in Norwood. Haoyang Yu, a/k/a “Jack Yu,” a/k/a “Harry Yu,” a/k/a “Jack Tricon,” 41, of Lexington, and his company, Tricon MMIC LLC (Tricon), were charged with three counts of possession and attempted possession of a trade secret; two counts of smuggling; two counts of transporting stolen goods; one count of visa fraud; and one count of procuring U.S. citizenship unlawfully. Yu and his wife, Yanzhi Chen, 22, also of Lexington, were also charged with three counts of wire fraud and aiding and abetting wire fraud. Yu was previously charged by indictment in June 2019 with stealing, copying, downloading, and possessing ADI’s trade secrets.

SAN FRANCISCO – Yevgeniy Alexandrovich Nikulin was sentenced to 88 months in prison for hacking into LinkedIn, Dropbox, and the now-defunct social networking company formerly known as Formspring, announced United States Attorney David L. Anderson and FBI Special Agent in Charge John L. Bennett. The sentence was handed down by the Honorable William H. Alsup, U.S. District Judge. The sentence follows a guilty verdict after a 6-day jury trial.  A jury found that Nikulin, 32, of Russia, hacked into computers belonging to LinkedIn, Dropbox, and Formspring, damaged computers belonging to LinkedIn and Formspring by installing malware on them, stole and used the login credentials for employees at LinkedIn and Formspring, and sold and conspired with others to sell customer data he stole as a result of his hacks. Evidence at trial showed that Nikulin was located in Moscow when he hacked into a computer belonging to a Bay Area-based LinkedIn employee and installed malicious software on it, allowing him to control the computer remotely and to use the employee’s credentials to access LinkedIn’s corporate VPN.

San Antonio Woman Sentenced to Federal Prison for Stealing over $973,000 from Her Former Employer

In San Antonio, a federal judge sentenced 46-year-old Rosalinda Fuentes to 45 months in federal prison for stealing more than $973,000 from her former employer, announced U.S. Attorney John F. Bash and FBI Special Agent in Charge Christopher Combs, San Antonio Division. “This case involved a blatant fraud — so blatant that it’s hard to believe the defendant thought she would get away with it. I’m pleased that today justice prevailed,” stated U.S. Attorney Bash. On December 30, 2019, Fuentes pleaded guilty to one count of wire fraud.  By pleading guilty, Fuentes admitted that while processing employee payroll for MUY! Companies, LLC from 2014 to 2019, she implemented a scheme to steal money from the company.  Fuentes used names of current and former employees to generate fraudulent pay checks and direct those unauthorized funds to bank accounts which she controlled.  Furthermore, once the money had been deposited, Fuentes voided the fraudulent transactions from company records in an effort to conceal her scheme.

CHICAGO — A former claims specialist for the U.S. Social Security Administration was sentenced today to four years in federal prison for pocketing $732,382 in fraudulent benefits. ANNE AROSTE worked as a claims specialist at the SSA’s field office in Aurora.  Aroste was responsible for processing applications for Social Security benefits via the agency’s electronic records system.  From 2013 to 2018, Aroste used the Social Security earnings records of deceased workers to create fraudulent applications for benefits.  She then used her employee credentials to approve the applications and route the payments to bank accounts she controlled. Aroste used the fraud proceeds to make credit card payments, mortgage payments, and car loan payments, including payments for a 2015 Mercedes-Benz sport-utility vehicle.  She also used fraud proceeds to purchase clothing, groceries, jewelry, and cosmetics.

Categories: Uncategorized | Tags: case studies, Insider Risk Management, and itmg
This entry was posted on Monday, October 5th, 2020 at 10:43 am. Both comments and pings are currently closed.