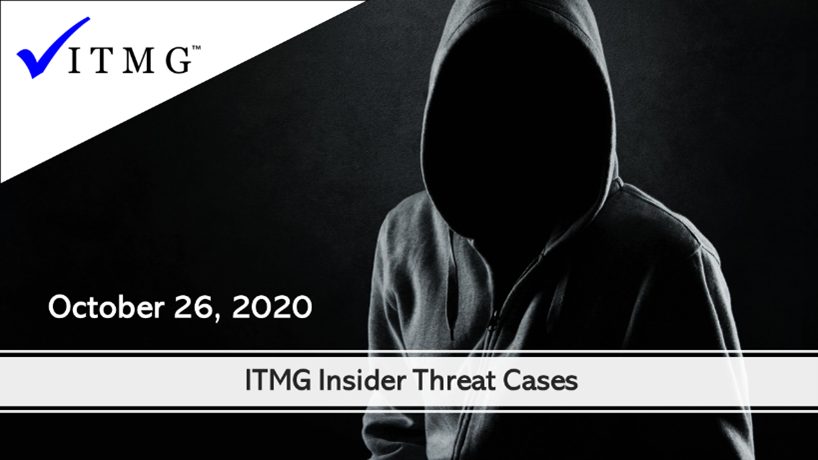 NEWARK, N.J. – An IRS supervisory revenue agent was arrested today on charges of conspiracy to distribute cocaine, U.S. Attorney Craig Carpenito announced. Michael Shelli, 41, of Albany, New York, was arrested at his home by agents of the Drug Enforcement Administration (DEA). He is charged by complaint with one count of conspiracy to distribute five kilograms or more of cocaine and appeared by videoconference today before U.S. Magistrate Judge James B. Clark III and was released on $100,000 unsecured bond. According to the complaint: Since March 2020, officials of the DEA have been investigating a drug trafficking organization (DTO) operating in New Jersey and elsewhere. In April 2020, law enforcement identified a residence in Saddle Brook, New Jersey, as a location from which members of the DTO were dealing cocaine.  The investigation revealed that Shelli had a courier pick up cocaine from the residence and deliver it to his residence in Albany. Shelli would then repackage the cocaine for sale in the area.

ATLANTA – Christopher Dobbins has been sentenced to federal prison for hacking his former employer and sabotaging their electronic shipping records, causing more than $200,000 in damage and delaying the shipment of personal protective equipment (“PPE”) during the COVID-19 pandemic. According to U.S. Attorney Pak, the charges and other information presented in court: In early March 2020, Dobbins was terminated from his employment at a medical device packaging company.  While employed at the company, Dobbins had administrator access to the computer systems containing the company’s shipping information. When his employment was terminated, he also lost his access to the company’s computer systems. On March 26, Dobbins received his final paycheck from the company. Three days later, on March 29, 2020, he used a fake user account that he had previously created while still employed at the company to log into the company’s computer systems.  He then conducted a computer intrusion that disrupted and delayed the medical device packaging company’s shipments of PPEs.

ALEXANDRIA, Va. – A former Defense Advanced Research Projects Agency (DARPA) Program Manager and Founder and CEO of XeroWind, LLC of Falls Church, has agreed to pay $50,000 and surrender three patents to the United States government to settle allegations relating to his improper patenting of U.S. Government property and technology. In July, the United States filed a lawsuit against Dr. Deepak Varshneya, of Falls Church, and XeroWind alleging conversion of government technology. The government’s complaint contended that while a DARPA Program Manager, Dr. Varshneya worked on a DARPA research program known as “ONE SHOT,” which developed a crosswind and range measuring rifle scope. Dr. Varshneya requested permission to patent the technology, but DARPA made the determination, pursuant to 37 C.F.R. Part 501, that the ONE SHOT technology was the sole property of the United States government. Dr. Varshneya did not appeal the determination and admitted that he worked on the ONE SHOT technology in the course of his government employment. Despite that determination and admission, Dr. Varshneya nonetheless filed a patent application with the U.S. Patent and Trademark Office covering that same technology, failing to make any mention of the government interest. Shortly after leaving DARPA, Dr. Varshneya filed two follow-on patent applications covering the same technology, and founded XeroWind, LLC to market the ONE SHOT technology.

Orlando, Florida – Kavita L. Harack (34, Kissimmee) has pleaded guilty to committing wire fraud. She faces a maximum penalty of 20 years in federal prison. A sentencing date has not yet been set. According to the plea agreement, in approximately May 2017, Harack was hired to work as an accountant in the Orlando office of a display services company.  Between April 2018 and May 2019, Harack directed 74 fraudulent payments from the display services company to four bank accounts held in her or her husband’s name. Harack disguised the transfers to these personal accounts as vendor payments. After Harack was terminated by the display services company in May 2019, she was hired to work in the accounting department of a project design company in Orlando. Between July 2019 and December 2019, Harack directed four fraudulent payments from the project design company into two of her personal accounts, again disguising the transactions as vendor payments.

The Goldman Sachs Group, Inc., a global financial institution headquartered in New York, New York, and Goldman Sachs (Malaysia) Sdn. Bhd. (GS Malaysia), its Malaysian subsidiary, have admitted to conspiring to violate the Foreign Corrupt Practices Act (FCPA) in connection with a scheme to pay over one billion dollars in bribes to high-ranking government officials in Malaysia and Abu Dhabi to obtain lucrative business for Goldman Sachs, underwriting approximately $6.5 billion in three bond deals for 1Malaysia Development Bhd. (1MDB), for which the bank earned hundreds of millions in fees.  Goldman Sachs will pay more than $2.9 billion as part of a coordinated resolution with criminal and civil authorities in the United States, the United Kingdom, Singapore, and elsewhere.

Spokane – Today, William D. Hyslop, United States Attorney for the Eastern District of Washington, announced the indictment of Christopher Hamilton Clemens, 39, of Clarkston, Washington, Hamilton’s West LLC, a Clarkston, Washington business owned and operated by Clemens, and Calandra Charging Eagle, 52, of Albuquerque, New Mexico, in connection with a federal bribery scheme. The Indictment charges Defendant Clemens with Bribery of a Public Official, in violation of 18 U.S.C. § 201(b)(1), and charges Defendant Charging Eagle with Accepting a Bribe as a Public Official, in violation of 18 U.S.C. § 201(b)(2). The Indictment also charges all three defendants with conspiracy to defraud the United States and theft of government property. All the charges in the Indictment are felonies. According to the Indictment, Defendant Charging Eagle was a contracting official at the Department of Interior’s Bureau of Indian Affairs (“BIA”), in its Albuquerque, New Mexico office. BIA is a federal agency that, among other things, provides funding and oversight for improvement projects on American Indian land and facilities. Defendant Hamilton’s West, a government contracting company owned and operated by Defendant Clemens, competed and sought to compete for BIA and other federal government contracts.

SAN DIEGO ­– Former San Diego Zoo biologist Matthew John Anderson was sentenced in federal court today to six months in prison for embezzling hundreds of thousands of dollars from the San Diego Zoo. In March, Anderson pleaded guilty to a theft charge, admitting that he created dozens of fake invoices, often in the names of fictitious vendors, and submitted them to the zoo for payment for products never purchased or received. Anderson also submitted invoices for personal expenses. The zoo paid these invoices by, in some cases, sending money to accounts controlled by Anderson, and in others by sending payments to third parties who kicked back the bulk of the payments to Anderson. Over the course of eight years of fraud, Anderson caused the zoo to suffer a total loss of $236,682.86.

COVINGTON, Ky.- A Brooksville, Ky., woman, Rebecca Teegarden, 58, was sentenced in federal court on Wednesday, to 36 months in prison, by U.S. District Judge David Bunning, for theft by a bank employee and aggravated identity theft. According to her plea agreement, Teegarden was a bank teller at the First National Bank of Brooksville.  Between 2013 and 2019, Teegarden admitted to repeatedly using customers’ names and account numbers to make miscellaneous debit cash withdrawals from the customers’ bank accounts, without the customers’ consent.  Teegarden held the cash in her teller drawer and later converted the money to her own use, by depositing it into her or her mother’s bank accounts. In total, Teegarden admitted that she stole $79,086.00 from victims who were customers at the Bank. She further admitted that she selected the accounts of her victims because those customers were elderly and did not regularly monitor their accounts.

SCRANTON – The United States Attorney’s Office for the Middle District of Pennsylvania announced that Steven M. Lukach, Jr., age 70, of Nesquehoning, Pennsylvania, was sentenced on October 20, 2020, to 27 months’ imprisonment by U.S. District Court Judge Robert D. Mariani for mail fraud and falsification of records. According to United States Attorney David J. Freed, Lukach served as the Clerk of Courts for Schuylkill County for approximately 27 years.  In 2013-2014, county auditors with the Controller’s Office began an in depth examination of the Clerk’s Office and discovered misappropriation of funds by Lukach.  An FBI investigation ensued and while the audit was going on, Lukach interfered with the audit by stealing mail that was sent to banks, forged records and sent the fake bank records to the Controller’s Office.  Lukach did so in an effort to conceal that he was taking funds from various accounts for his own personal purposes, such as paying a family member’s credit card bill, paying for meals, making car payments, and other personal expenses. The total funds misappropriated was $40,000.

Greenbelt, Maryland – David Laufer, age 63, of Pittsburgh, Pennsylvania, formerly of Bethesda, Maryland, pleaded guilty today to acceptance of gratuities by a public official. The guilty plea was announced by United States Attorney for the District of Maryland Robert K. Hur; Special Agent in Charge Robert E. Craig, Jr. of the Defense Criminal Investigative Service – Mid-Atlantic Field Office; Special Agent in Charge Maureen Dixon, Office of Investigations, Office of Inspector General of the Department of Health and Human Services; and Special Agent in Charge Jennifer C. Boone of the Federal Bureau of Investigation, Baltimore Field Office. According to his plea agreement, from 2009 until May 2019, Laufer worked as the Chief of the Prosthetics and Orthotics Department at Walter Reed National Military Medical Center, the largest joint military medical center in the United States.  Walter Reed is located in Bethesda and provides medical services, including orthotic and prosthetic services to U.S. service members and their dependents, including wounded soldiers.  Person B lived in Montgomery County and owned, operated, and controlled Company B, located in Germantown, Maryland.  Company B provided prosthetics and orthotics materials to Walter Reed in return for payments from the government.  According to the plea agreement, Person B regularly interacted with Laufer about Company B’s business with Walter Reed.

PITTSBURGH – On Oct. 15, 2020, a federal grand jury in Pittsburgh returned an indictment charging six computer hackers, all of whom were residents and nationals of the Russian Federation (Russia) and officers in Unit 74455 of the Russian Main Intelligence Directorate (GRU), a military intelligence agency of the General Staff of the Armed Forces. These GRU hackers and their co-conspirators engaged in computer intrusions and attacks intended to support Russian government efforts to undermine, retaliate against, or otherwise destabilize: (1) Ukraine; (2) Georgia; (3) elections in France; (4) efforts to hold Russia accountable for its use of a weapons-grade nerve agent, Novichok, on foreign soil; and (5) the 2018 PyeongChang Winter Olympic Games after Russian athletes were banned from participating under their nation’s flag, as a consequence of Russian government-sponsored doping effort.

United States Attorney Ron Parsons announced that a Rapid City, South Dakota, woman convicted of two counts of Wire Fraud and one count of Tax Evasion was sentenced by Jeffrey L. Viken, U.S. District Judge. Jennifer Durham, age 42, was sentenced on October 19, 2020, to 37 months in federal prison, and was ordered to pay $700,000 in restitution to The Rapid City Rush, $186,277.00 in restitution to the Internal Revenue Service, and a $300 special assessment to the Federal Crime Victims Fund and. Between February 2010 and June 2019, Durham, while employed as the office manager for Rapid City Professional Hockey, LLC (RCPH), stole $700,000.00 from RCPH. As part of her duties, Durham was responsible for the business accounting records and recording and depositing cash receipts on behalf of RCPH.  As part of her scheme to defraud, Durham caused fraudulent payments to herself in excess of her salary agreement, made unauthorized wire transfers from RCPH’s bank account to pay her personal credit card, made unauthorized wire transfers from RCPH’s bank account to her personal account, and fraudulently diverted cash proceeds for her own personal use.  In order to cover up her theft, Durham made false entries into the RCPH accounting records to give the illusion the money she was stealing was spent on legitimate business expenses.

Categories: Insider Threat Cases | Tags: case studies, Insider Risk Management, and itmg
This entry was posted on Monday, October 26th, 2020 at 9:29 am. Both comments and pings are currently closed.