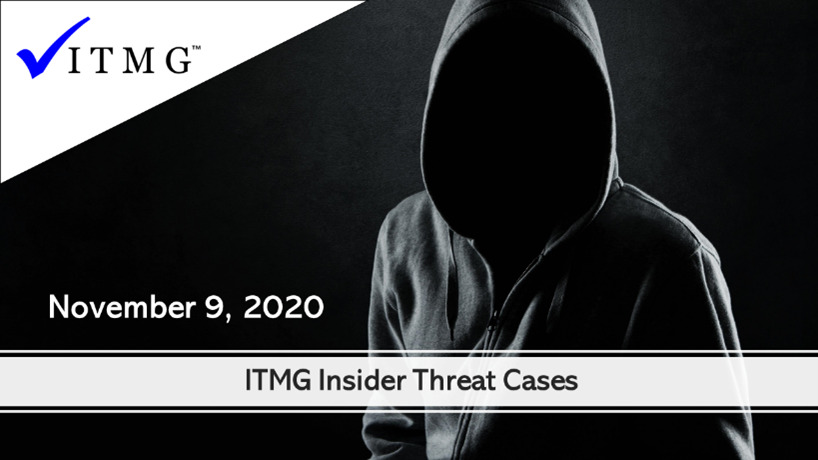 Seattle – A 36-year-old Bothell, Washington man pleaded guilty today in U.S. District Court in Seattle to securities fraud for his insider trading activity, announced U.S. Attorney Brian T. Moran.  VIKY BOHRA admits that between 2015 and 2018, he used Amazon inside information he obtained from his relative to place trades in Amazon stock–making a profit of $1,428,264.  BOHRA is scheduled to be sentenced by U.S. District Judge James L. Robart on February 8, 2021. According to the plea agreement, BORHA’s relative worked in the Amazon Finance Department and had access to confidential information regarding Amazon revenue and expenses.  Because of that work, the relative was subject to blackout periods during which no stock could be traded by the employee or her immediate relatives.  The employee also was advised of insider trading policies making it clear the responsibility to safeguard confidential financial information.  Despite those warnings, BOHRA obtained confidential information from the relative and traded in Amazon stock in accounts tied to him and his father.  Trades occurred during blackout periods and, from 2015 to 2018, relied in part on information from his relative to make successful trades in advance of Amazon earnings announcements.

Former employee sentenced to prison for embezzling from Honda

COLUMBUS, Ohio – Charles Michael Stratton, 63, of Fairborn, Ohio, was sentenced in U.S. District Court to 42 months in prison for wire fraud and money laundering. Stratton was also ordered to pay more than $750,000 in restitution to his former employer, Honda, and $10,000 to Scioto Industrial Services. “Stratton devised not just one, but multiple methods for defrauding Honda of more than three-quarters of a million dollars,” U.S. Attorney David M. DeVillers said. “The defendant skimmed from overages, arranged for double billing, and approved false invoices. Now, he will spend time in federal prison.” Stratton served as the Facilities Manager for Honda of America Manufacturing, Inc. in Marysville, Ohio, from 2008 until March 2015. In his role, he oversaw various vendor contracts, including those for security services, janitorial services, food service and uniform/laundry on behalf of Honda.

ALEXANDRIA, Va. – A federal grand jury returned an indictment today charging a Quantico man with wire fraud in connection with his scheme to embezzle over $380,000 from his former union, which represented federal law enforcement officers. According to allegations in the indictment, Arthur Penn, 64, served from 1999 through 2015 as the Chairman of the Fraternal Order of Police Defense Protective Service Labor Committee Pentagon, a local union that represented officers of the Pentagon Force Protection Agency. During his tenure, Penn allegedly routinely embezzled funds from the Union for his personal benefit, and spent the stolen funds on gambling, to pay for a personal trip to the Dominican Republic, and for his day-to-day living expenses. Penn sought to conceal and prevent the detection of his embezzlement by failing to make regular reports to Union members, by violating his obligation to file regular financial reports with the Department of Labor’s Office of Labor-Management Standards, and by siphoning off most of the embezzled funds through cash transactions, thereby avoiding the creation of financial records that would have revealed the fraud.

SANTA ANA, California – A former Orange County financial advisor and lawyer was sentenced today to 37 months in federal prison for stealing millions of dollars of his pro athlete clients’ money and investing it in a cash-losing ticket company on which he was a board member. Ash Narayan, 55, of Irvine, was sentenced by United States District Judge Josephine L. Staton, who also ordered him to pay $18,811,231 in restitution. Narayan pleaded guilty in June 2019 to a two-count information charging him with wire fraud and subscribing to a false tax return. Narayan worked as an investment advisor at RGT Capital Management Ltd.’s Irvine office and also was a licensed California lawyer until his disbarment earlier this year. At RGT, Narayan’s clients were high-net-worth individuals who were current and former professional athletes. In addition to his job at RGT, Narayan served on the board of directors for The Ticket Reserve Inc. (TTR), an Illinois-based technology company that allowed customers to buy an option on a ticket to future sporting events, such as playoff games, which they could cash in if their team made the postseason. TTR never was profitable and carried millions of dollars in debt.

BUFFALO, N.Y. – U.S. Attorney James P. Kennedy, Jr. announced today that Brandon Wilson, 27, of Buffalo, NY, was arrested and charged by criminal complaint with delay or destruction of mail. The charge carries a maximum penalty of five years in prison and a $250,000 fine. “This Office is committed not only to ensuring the integrity of the mails but also of individuals’ rights to vote in a free and fair election,” stated U.S. Attorney Kennedy.  “The criminal conduct with which this defendant is alleged to have engaged, undermined both of those interests.” Assistant U.S. Attorney Laura A. Higgins, who is handling the case, stated that according to the complaint, on November 3, 2020, at approximately 7:34 p.m., Customs and Border Protection (CBP) Officers encountered the defendant, an employee of the United States Postal Service (USPS), at the Peace Bridge Port of Entry. As part of a standard CBP vehicle sweep, Wilson opened the trunk of his vehicle for CBP Officers. A USPS mail bin containing numerous mail pieces was observed by a CBP officer inside the trunk. CBP officers also observed multiple USPS uniform items bearing the USPS logo along with a USPS identification badge with the defendant’s name. Wilson stated the mail belonged to him and his mother. However, the defendant could not account for additional names printed on the mail pieces. Wilson further stated that he had intended to deliver the mail and had forgotten to return the mail pieces to the post office.

BOSTON – A Cape Cod woman pleaded guilty today to charges in two separate criminal cases for embezzling more than $1.3 million from two previous employers.Jessica L. Greenan, 42, of Centerville, pleaded guilty to charges in two separate criminal cases. Greenan pleaded guilty to a September 2019 indictment charging five counts of wire fraud and five counts of filing false federal tax returns for embezzling $1.1 million from a previous employer. She also pleaded guilty to a December 2019 indictment charging seven counts of wire fraud, two counts of bank fraud and two counts of aggravated identity theft for embezzling more than $390,000 from a different employer. Several of the charges in the December indictment occurred after Greenan was released on conditions in the earlier prosecution. U.S. District Court Judge Allison D. Burroughs scheduled sentencing for Feb. 25, 2021. At the plea, Greenan acknowledged embezzling company funds from a Hyannis company for which she handled bookkeeping and payroll services. From October 2014 until she was terminated in March 2018, Greenan embezzled $1,135,460, including 536 occasions when she wired funds from the store’s operating bank account to pay her credit card bills. Greenan doctored the company bank statements and internal records to make the payments to her credit cards appear to be legitimate expenses, and also failed to report any of her illegal income to the IRS over the five year duration of the embezzlement scheme, thereby evading more than $325,000 in federal taxes.