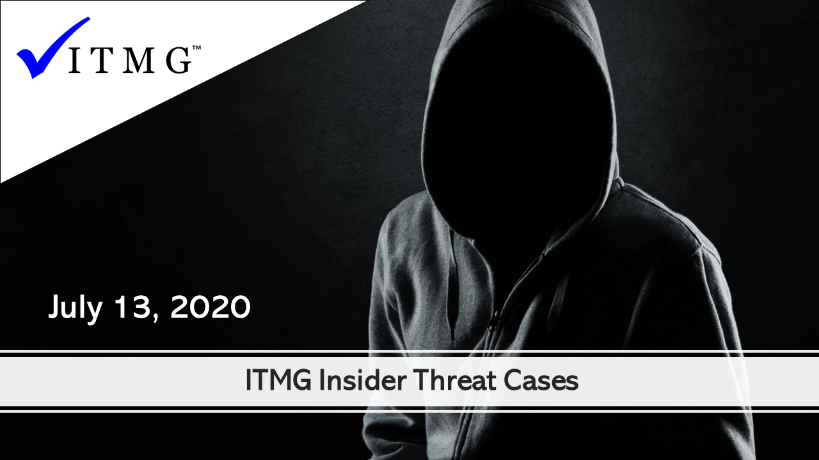 A criminal complaint alleges that Song Guo Zheng was a participant in a Chinese Talent Plan, a program established by China to recruit individuals with access to foreign intellectual property. An Ohio State University professor with ties to China is charged with using more than $4 million in U.S. grant money to develop rheumatology and immunology expertise for the Chinese government, according to an indictment unsealed Thursday. Song Guo Zheng, 57, was arrested on May 22 at an airport in Anchorage, Alaska while preparing to board a charter flight to China, the U.S. Department of Justice said in a press release.

Elizabeth Jo Shirley held top-level security clearances while working for various departments between 2001 and 2012. A West Virginia woman who worked on assignments with the National Security Agency while serving in the Air Force planned to give the Russian government top-secret information from the agency, prosecutors said on Monday. Elizabeth Jo Shirley, 46, pleaded guilty to one count each of willful retention of national defense information and international parental kidnapping, the U.S. Justice Department said in a news release.

Russian Journalists in Shock as FSB Hunts Enemy Within

The FSB released images of their arrest of Safronov in Moscow. As Ivan Safronov was led into court, hands cuffed and head pushed down by two masked guards, he managed just one sentence. “I’m not guilty,” he told a crowd of supporters packed into the corridor. The arrest of the former military correspondent has shocked fellow Russian journalists, who describe the claim by the FSB security service that he handed state secrets to Czech Intelligence as “absurd”. The Kremlin has praised the ‘”high quality” work of Russian counter-intelligence but none of the evidence of Ivan Safronov’s “betrayal” has been made public. So some fear his arrest is a show of force by the FSB amid a surge in detentions for treason and espionage so great it’s prompted talk of “spy mania”.

German authorities have charged a federal press office employee with espionage after he was caught spying for the Egyptian intelligence service. According to a report presented by Germany’s Interior Minister Horst Seehofer, police took “executive measures” against the man in December 2019 after he “worked for years for an Egyptian intelligence service.” He was dismissed last year on suspicion of spying for Egypt, say German media, who saw the government report yesterday.

In October 2018, Bryan Singer, was sentenced to 78 months in prison for violating the embargo on Cuba by transferring banned technology. Over the past 60 years, the United States has had an embargo with the nation of Cuba as a penalty or sanction to the Castro-led government. While the embargo has changed a bit over the past sixty years, the basic principles restricting trade with Cuba have remained the same.

Wirecard Executive Arrested in Munich on Suspicion of Fraud

Oliver Bellenhaus ran unit at heart of corporate scandal from Burj Khalifa apartment in Dubai. Munich prosecutors have arrested a Wirecard executive who ran the unit at the heart of the company’s alleged fraud from his apartment in Dubai’s Burj Khalifa. Oliver Bellenhaus, a 46-year-old sports car enthusiast, was arrested on suspicion of aggravated fraud. He will remain in police custody over fears that he is a flight risk and may tamper with evidence, prosecutors said in a statement on Monday. He is the second senior Wirecard employee to be arrested after the former chief executive Markus Braun, who was later released on bail. Prosecutors have said they are investigating a number of additional suspects who cannot be named “for tactical reasons”. The whereabouts of Wirecard’s former second-in-command Jan Marsalek are unknown.

American Contractor Charged as Part of Theft Ring Responsible for Stealing Government Equipment from U.S. Military Base in Afghanistan

A three-count indictment was returned today in the Eastern District of Virginia, charging an American military contractor for her alleged role in a theft ring on a military installation in Kandahar, Afghanistan. Acting Assistant Attorney General Brian C. Rabbit of the Justice Department’s Criminal Division, U.S. Attorney G. Zachary Terwilliger of the Eastern District of Virginia, and Special Inspector General for Afghanistan Reconstruction (SIGAR) John F. Sopko made the announcement. The indictment charges Varita V. Quincy of Snellville, Georgia, with one count of conspiracy to defraud the United States and to commit theft of property of a value to the United States; one count of theft of property of value to the United States, and one count of making false official statements.

How to Confront Intellectual Property Theft by Employees

Hongjin Tan had a good job. A Chinese national and U.S. legal permanent resident, he was employed as an associate scientist for a U.S. petroleum company to work with a team developing the next generation of battery technologies for stationary energy storage. But after just over two years at the company, Tan contacted his supervisor on 12 December 2018 to give his two weeks’ notice. Tan said he wanted to return to China because, as an only child, he needed to be there to care for his aging parents. He did not have a job lined up back home but was in negotiations with a few battery companies about a position. After Tan gave his notice, the company—following security procedures—revoked his access to company systems and reviewed his recent computer activity. What it found was concerning.